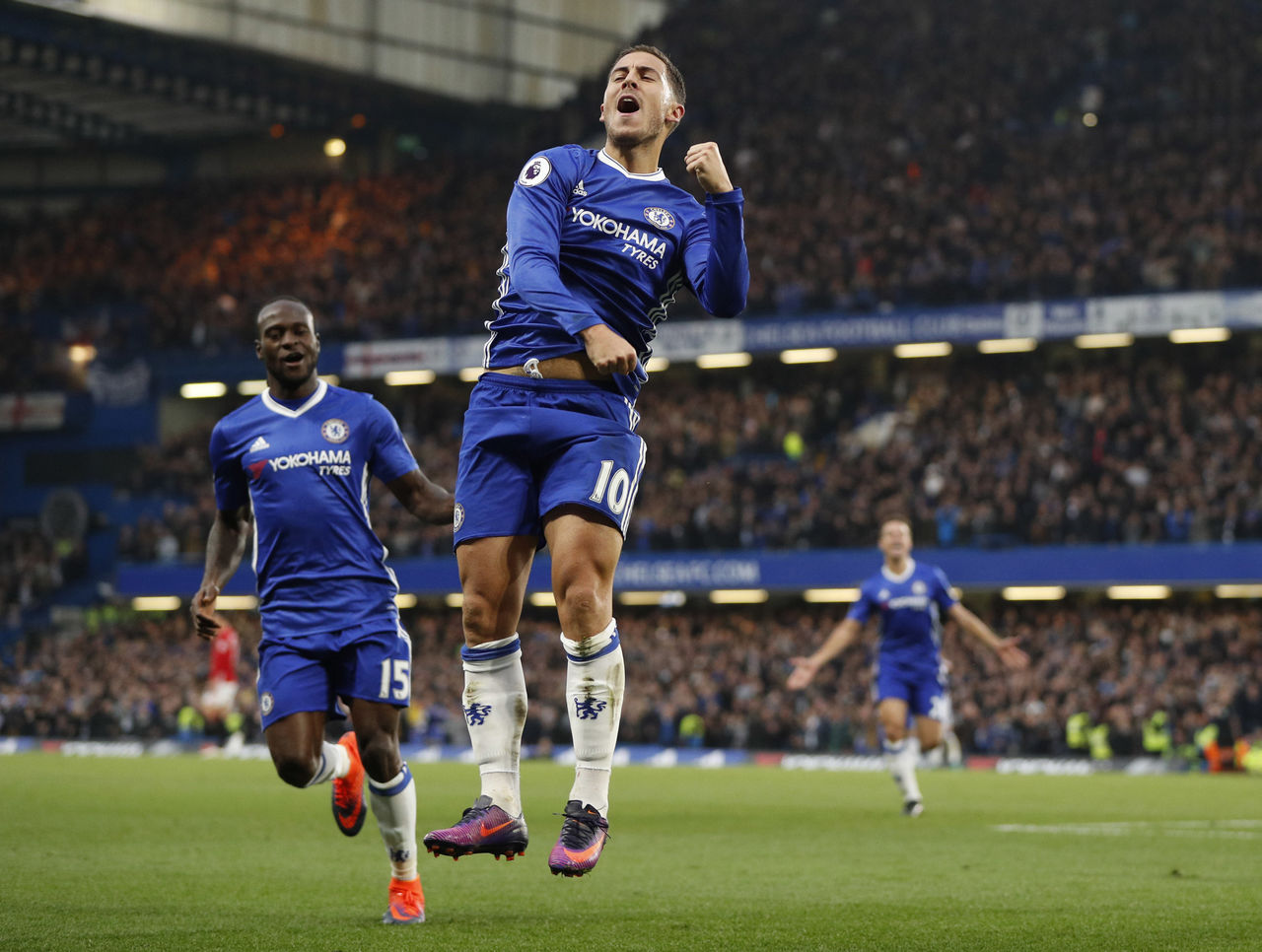 Hazard has played a key role in Chelsea’s charge to the top of the Premier League and the midfielder is said to be Real’s top transfer target for the close-season.

The Spanish giants are prepared to offer over £100 million to prise the 26-year-old away from Stamford Bridge.

But Blues boss Conte, who is reported to have told owner Roman Abramovich not to sell Hazard at any cost, is confident the player is settled in England and won’t agitate for a move to Madrid.

“The only thing I can say is Eden is a Chelsea player, our player,” Conte told reporters on Friday.

“It’s normal, it’s logical in this part of the season, to start rumours about our player… to try to create difficulty in the mind of the players.

“We have great experience to face this situation. Also my players have this experience.

“If Chelsea players are requested by the other teams, it means they’re doing very well.

With Hazard under contract until June 2020, Chelsea will be able to control his fate.

In contrast, Chelsea captain John Terry, who has not made a Premier League start since September, is out of contract at the end of the season.

It has been reported the veteran defender could be offered another one-year contract extension.

But Conte stressed contracts and transfers would be addressed at the end of the season and his players should focus on maintaining the team’s 10-point lead at the top of the table.

“For every situation, there will be the right moment to face. The club is working very well to solve many situations,” he said.

“I like to talk about John for this season. He’s helping a lot. I repeat: he’s doing a great job.

“John knows my thoughts about him and I think the most important thing is this.”

“I think we deserve to win, but there are 10 games to go. For sure our opponents don’t want to accept that Chelsea is champions,” Conte added.

“Football is full of surprises. In my experience as a footballer, I won a lot, but I think I lost more.

“For this reason, I want to keep our feet on the ground. It’s very important, this.”