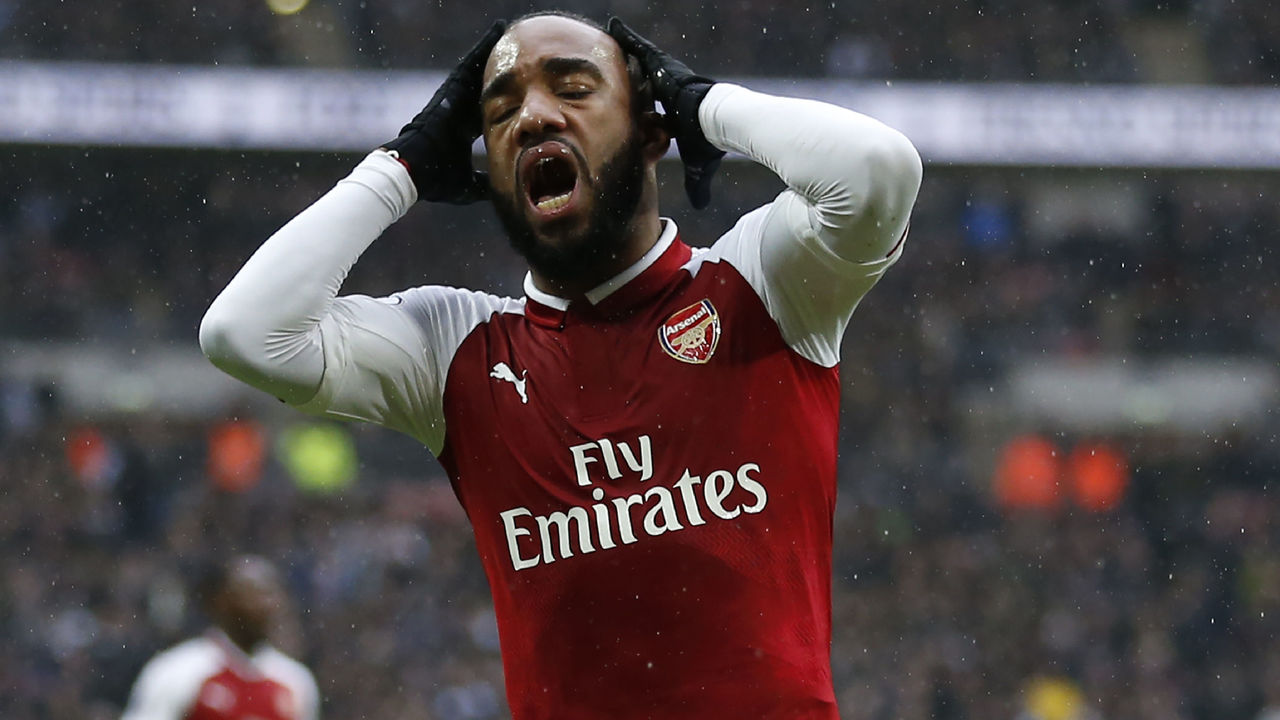 Alexandre Lacazette will be out of Arsenal’s matchday squad for an extended period following an arthroscopy on his left knee Tuesday morning.

The club estimates the rehabilitation period will render him unavailable for four-to-six weeks.

There is no information on when Lacazette suffered the setback. The Frenchman was introduced from the bench in Saturday’s 1-0 defeat at Tottenham Hotspur and almost scored twice.

Lacazette started strongly after becoming the most expensive player in Arsenal’s history when he signed last summer, but is now is enduring a difficult spell. He’s scored one goal across all competitions since a consolation strike against Manchester United on Dec. 2. When Pierre-Emerick Aubameyang arrived on deadline day of the January transfer window, he took Lacazette’s title as the club’s priciest player and his place in the starting XI.

Lacazette was expected to feature in Thursday’s first leg against Ostersund in the Europa League round of 32, but if Arsene Wenger is still insistent on rotating his lineup he’ll now have to spearhead his attack with either Danny Welbeck, Eddie Nketiah, or an ersatz choice, such as attacking midfielder Alex Iwobi.

Arsenal follows its doubleheader with Ostersund with back-to-back clashes against Manchester City. The first is in the League Cup final at Wembley on Feb. 25, before the pair meet again in the Premier League four days later.